byVOA News
in Statements
Reading Time: 2 mins read
A A
0 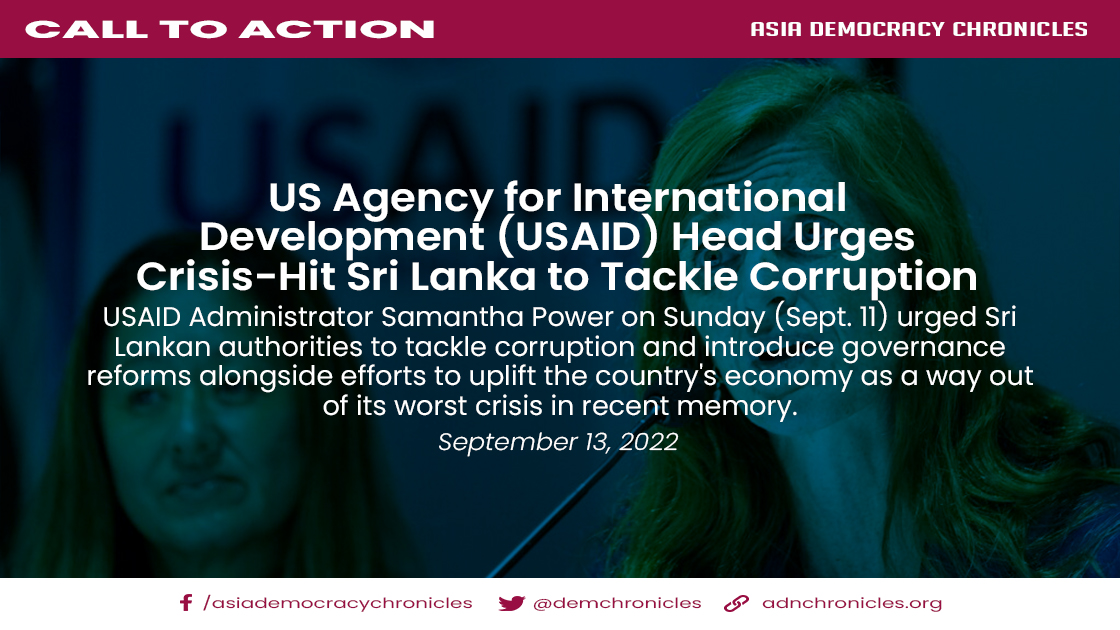 A visiting U.S. diplomat on Sunday urged Sri Lankan authorities to tackle corruption and introduce governance reforms alongside efforts to uplift the country’s economy as a way out of its worst crisis in recent memory.

USAID Administrator Samantha Power told reporters that such moves will increase international and local trust in the government’s intentions.

She said that international investor confidence will increase as the government tackles corruption and proceeds with long sought governance reforms. “As citizens see the government visibly following through on the commitment to bring about meaningful change, that in turn increases societal support for the tough economic reforms ahead,” she said.

During her two-day visit, Power announced a total of $60 million in aid to Sri Lanka. After meetings with farmers’ representatives at a rice field in Ja-Ela, outside of the capital Colombo on Saturday, she announced $40 million to buy agrochemicals in time for the next cultivation season.

Agricultural yields dropped by more than half for the past two cultivation seasons because authorities had banned the imports of chemical fertilizers ostensibly to promote organic farming. She said that according to the World Food Program, more than 6 million people — nearly 30% of Sri Lanka’s population — are currently facing food insecurity and require humanitarian assistance.

On Sunday, she said an additional $20 million will be given to provide emergency humanitarian assistance to vulnerable families.

Sri Lanka has faced its worst crisis after it defaulted on foreign loans, causing shortages of essentials like fuel, medicines and some food items.

It has reached a preliminary agreement with the International Monetary Fund for a $2.9 billion package to be disbursed over four years. However, the program hinges on Sri Lanka’s international creditors giving assurances on loan restructuring. Sri Lanka’s total foreign debt is more than $51 billion of which $28 billion must be repaid by 2027.

Power said that the U.S. stands ready to assist with debt restructuring and reiterated that it is imperative that China, one of the island nation’s bigger creditors, cooperate in this endeavor.

Infrastructure like a seaport, airport and a network of highways built with Chinese funding did not earn revenue and are partly blamed for the country’s woes. #

Deals with Russia could ease Myanmar's woes, but only up to a point