Assaults add to growing number reported against journalists in the country. 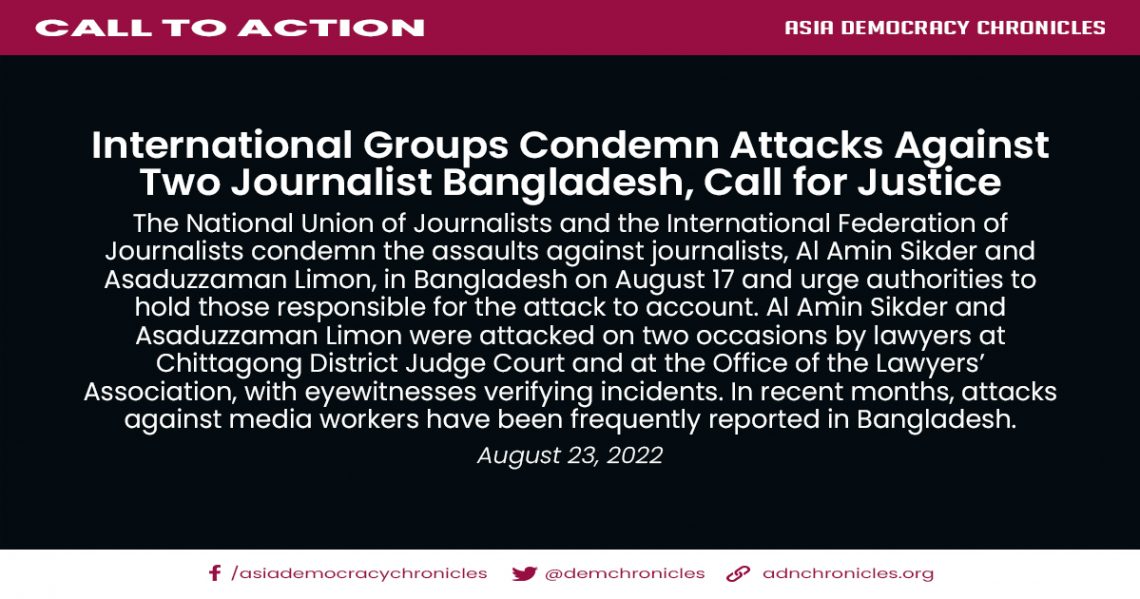 Al Amin Sikder and Asaduzzaman Limon were attacked on two occasions by lawyers at Chittagong District Judge Court and at the Office of the Lawyers’ Association, with eyewitnesses verifying the incidents.

Journalists have rallied support for the victims, holding a protest demanding the lawyers responsible for the attacks are arrested and have their Bar Council certificates revoked.

In recent months, attacks against media workers have been frequently reported in Bangladesh. The NUJ is urging authorities to ensure journalists are able to undertake their duties and report free from violence and harassment, with justice sought for Sikder and Limon.

“The attack against the two journalists, Al Amin Sikder and Asaduzzaman Limon, is the latest example of the ongoing persecution faced by journalists across Bangladesh on a regular basis. The IFJ condemns this attack and urges authorities in Bangladesh to hold those responsible for the attack accountable.”

No handshakes: China plays down meeting with Japan security adviser

No handshakes: China plays down meeting with Japan security adviser