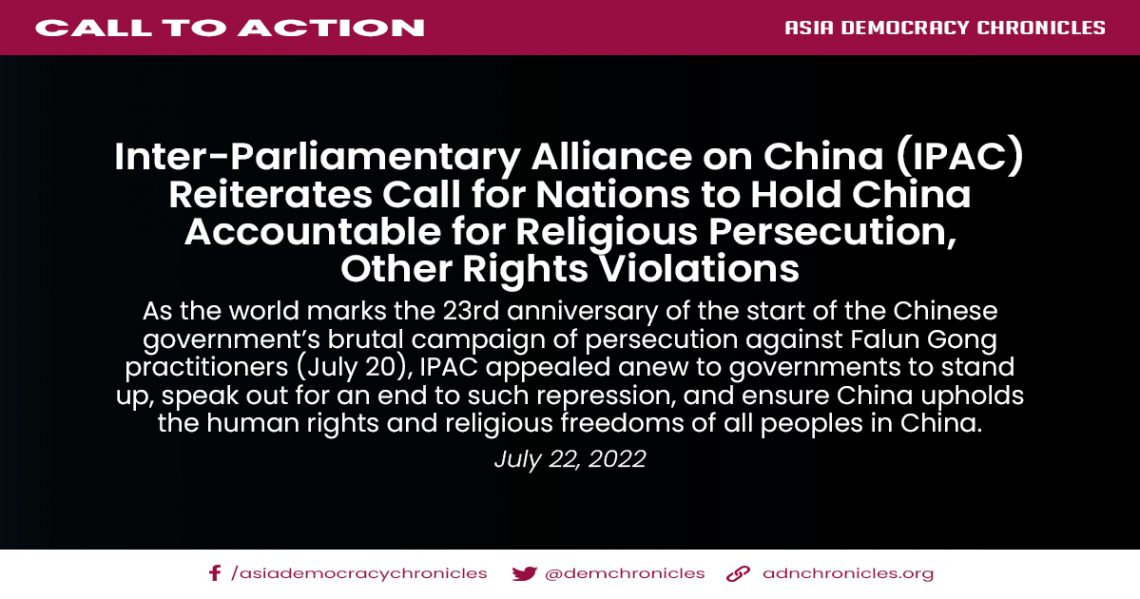 Today marks the solemn anniversary of the beginning of the Chinese government’s brutal campaign of persecution against Falun Gong practitioners. 23 years later, we remember all those in China who have been denied freedom of religious belief.

Over the past two decades, hundreds of thousands of Falun Gong practitioners have been imprisoned, with many subjected to the most severe forms of torture and credible reports of widespread, state-sponsored forced organ harvesting.

We take this opportunity to commend the courage of all those who have stood against the Chinese government’s persecution of religious and ethnic groups in China, including Tibetan Buddhists, Christians and the Uyghurs and other predominantly Muslim Turkic groups. We remember in particular lawyers Gao Zhisheng and Chang Weiping, who have both been imprisoned for defending the rights of Christians and Falun Gong practitioners in court, and house church leader Pastor Wang Yi , who was sentenced to nine years in prison in December 2019.

We once again call on our governments to stand up and speak out for an end to such repression. The Chinese government must be held accountable for upholding the human rights and religious freedom of all peoples in China. #