Myanmar Must Get ‘Democratic Transition Back on Track Immediately’: UN Chief Antonio Guterres

byKhmer Times
in Statements
Reading Time: 1 min read
A A
0 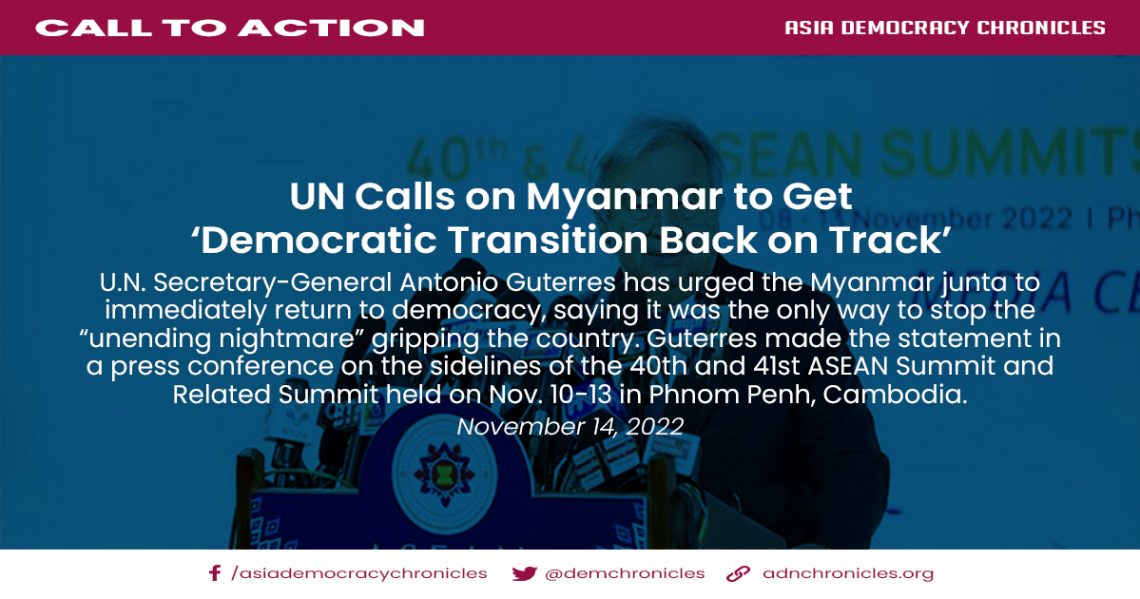 UN chief Antonio Guterres on Saturday urged the Myanmar junta to immediately return to democracy, saying it was the only way to stop the “unending nightmare” engulfing the country.

The escalating crisis dominated a summit of the Association of Southeast Asian Nations (ASEAN) regional bloc, which has led so far fruitless diplomatic efforts to end the bloodshed.
“The situation in Myanmar is an unending nightmare for the people and a threat to peace and security across the region,” Guterres told reporters.

“I urge the authorities of Myanmar to listen to their people, release political prisoners and get the democratic transition back on track immediately. That is the only way to stability and peace.”

After meeting ASEAN leaders, Guterres said it was vital that a peace plan agreed with the junta — but so far not enforced — came into effect.

The Secretary-General of the United Nations said that the political, security, human rights and humanitarian situation in Myanmar is sliding ever deeper into catastrophe.

In a press conference here yesterday on the sidelines of the 40th and 41st ASEAN Summit and Related Summit in Phnom Penh, Guterres said the crisis there is the nightmare for the Myanmar people and ASEAN. #