byKBS World
in Statements
Reading Time: 1 min read
A A
0 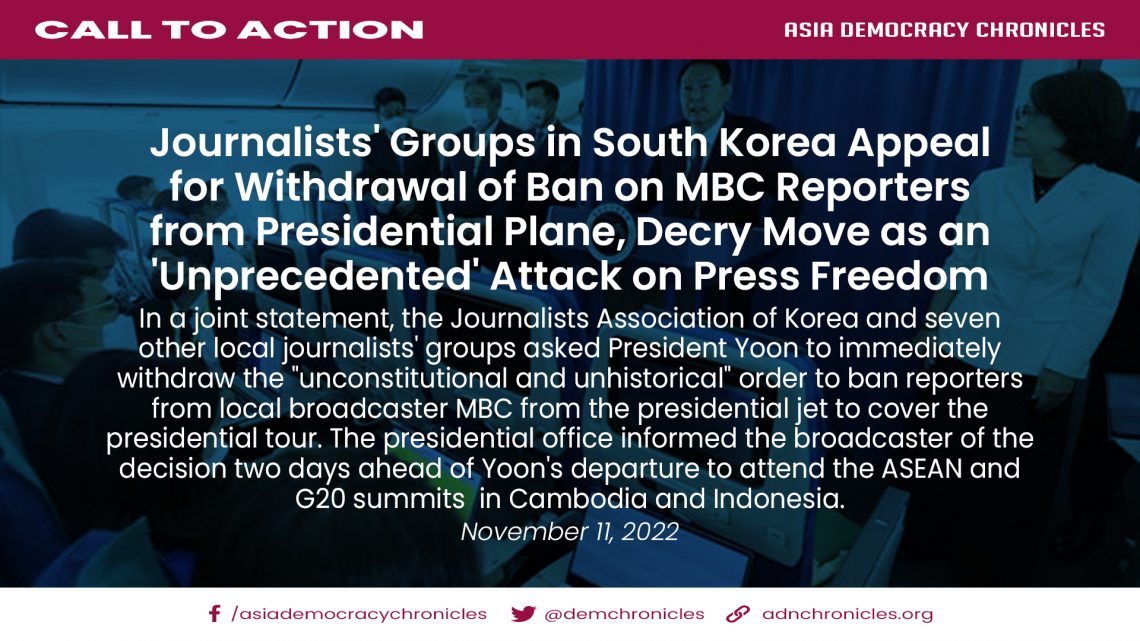 The top office notified the broadcaster of the decision on Wednesday, two days ahead of Yoon’s departure on a six-day trip to Cambodia and Indonesia to attend summits of the Association of Southeast Asian Nations and the G20.

The office said the decision was made in light of repeated distortions and biased reporting on foreign affairs by MBC, adding that the exclusion was “inevitable” to prevent a continuance of such reporting.

The Journalists Association of Korea and seven other journalism groups on Thursday issued an emergency joint statement in protest, calling the move a clear challenge to freedom of the press stipulated in the Constitution.

The groups asked President Yoon to immediately withdraw the “unconstitutional and unhistorical” move and to apologize to the people of Korea. #

How Indonesia can improve its defense investment climate