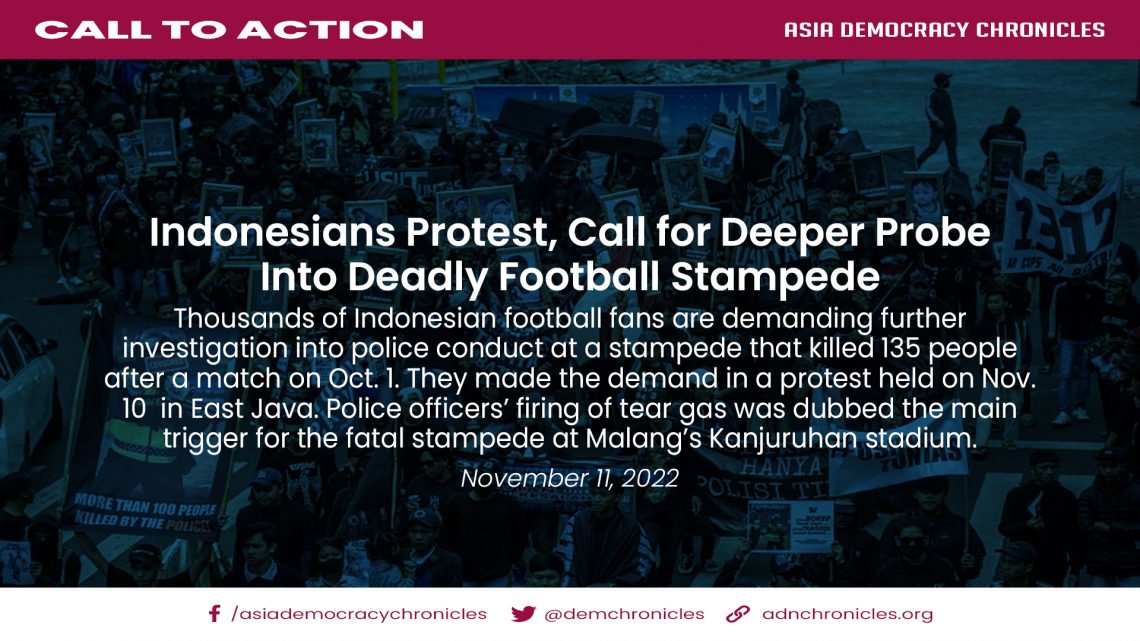 MALANG, Indonesia – Thousands of football fans protested in Indonesia’s East Java on Thursday, demanding further investigation into police conduct at a stampede that killed 135 people after a match in October.

Protesters, some carrying coffins and signs that said “All this because of tear gas” as they marched on the main thoroughfare of the city of Malang, also called for the tragedy to be deemed a gross human rights violation.

Indonesia’s human rights commission has said police officers’ firing of tear gas was the main trigger for the fatal stampede on Oct 1 at Malang’s Kanjuruhan stadium.

It was the worst tragedy at a football match since 1964.

Indonesian authorities and the Indonesian football Association (PSSI) have faced questions over why police fired 45 rounds of tear gas inside the stadium, a crowd control measure banned by world soccer governing body FIFA.

Six people including police and match organisers are facing criminal charges after the stampede.

“Dozens of police officers were investigated in an ethics trial but only three suspects. The highest ranking officer .. has not been touched by the law,” protester Andi Irfan, 43, said, calling for “all actors” behind the tragedy to be arrested. #

How Indonesia can improve its defense investment climate