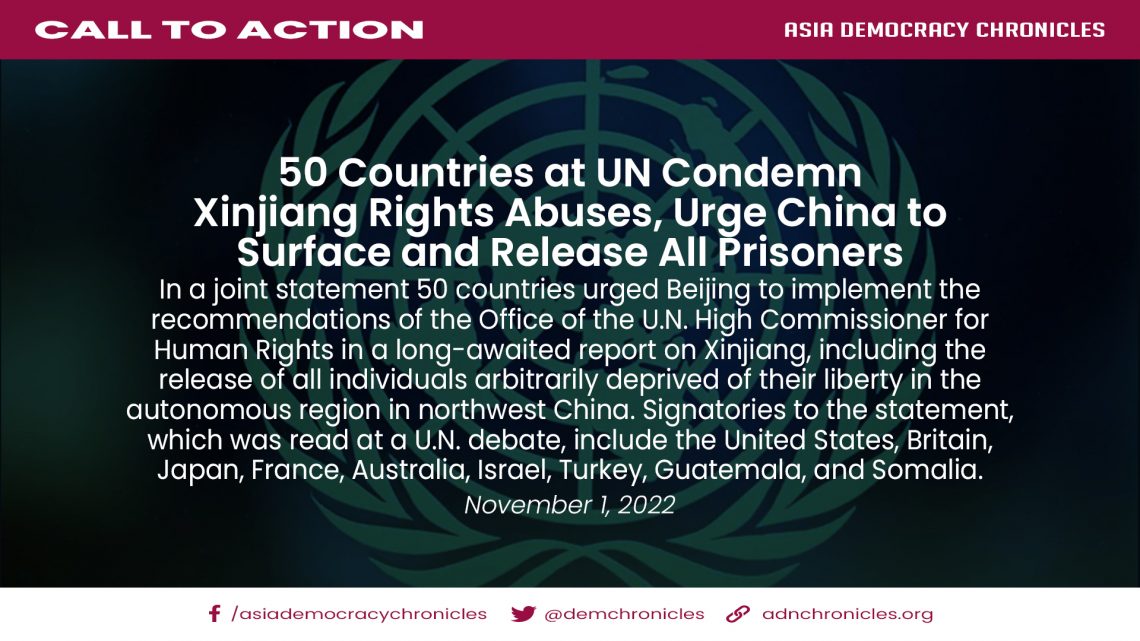 UNITED NATIONS: Fifty countries on Monday (Oct 31) signed onto a statement read during a UN debate that condemned the “severe and systematic” human rights violations in China’s Xinjiang region.

“We are gravely concerned about the human rights situation in the People’s Republic of China, especially the ongoing human rights violations of Uyghurs and other predominantly Muslim minorities in Xinjiang,” said the statement, read out by Canada during a debate of the UN General Assembly Third Committee, which handles human rights.

The Office of the UN High Commissioner for Human Rights (OHCHR) in August published a long-awaited report on Xinjiang, citing possible crimes against humanity against Uyghurs and other Muslim minorities in the far-western region.

Beijing rejects the allegations, claiming to be fighting terrorism and ensuring the region’s development.

“Such severe and systematic violations of human rights cannot be justified on the basis of counter-terrorism. In view of the gravity of the OHCHR assessment, we are concerned that China has so far refused to discuss its findings,” the statement added. #