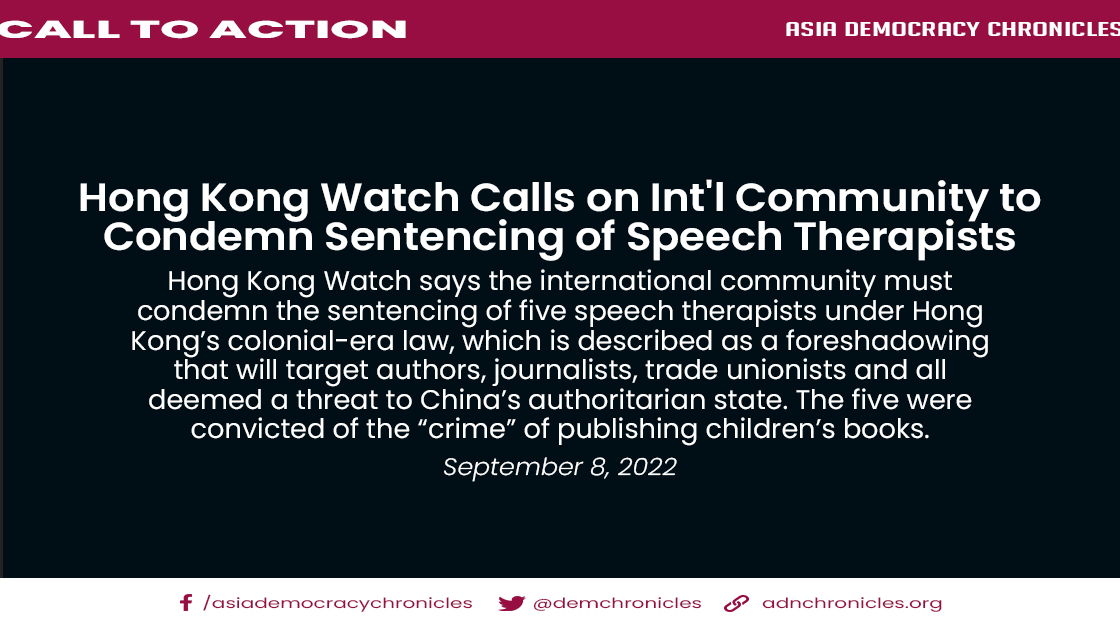 Today, five speech therapists have been found guilty and convicted of “publishing seditious material” under Hong Kong’s colonial-era law over a series of children’s books depicting a “sheep village” under attack from “wolves”

All five have been remanded in custody since their arrest for 13 months and face a maximum sentence of up to two years in prison.

Today’s conviction comes on the same day that the head of the Hong Kong Journalist Association, Ronson Chan, was arrested for attempting to cover a story in the city.

“This absurd conviction of five speech therapists under resurrected colonial-era sedition laws for the supposed “crime” of publishing children’s books demonstrates how far freedom of expression has declined in Hong Kong.

Under John Lee’s police state, even speech therapists and children’s authors are not exempt from the ongoing human rights crackdown.

The international community must condemn today’s sentencing, which if left unchecked will only encourage the further targeting of authors, journalists, trade unionists, and ordinary individuals who are deemed a threat to Xi Jinping’s authoritarian state.” #

Use of house arrest expands dramatically during Xi era