IPAC statement on PRC military aggression in the Taiwan Strait 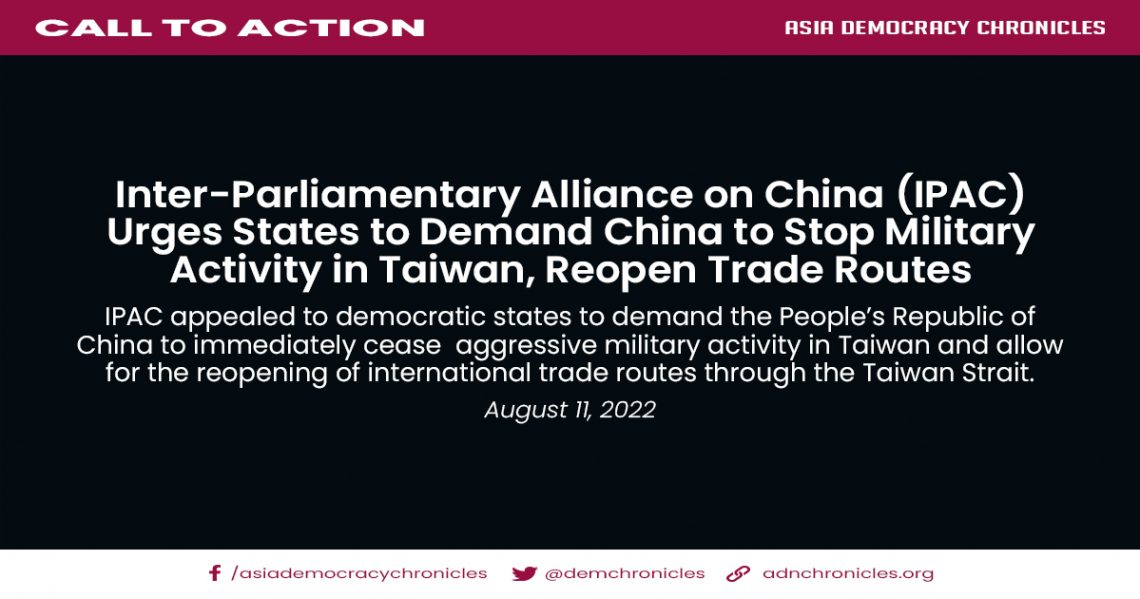 The Inter-Parliamentary Alliance on China (IPAC) expresses grave concern at the recent escalation of military threats against Taiwan by the government of the People’s Republic of China (PRC).

The actions of the PRC military have been the most provocative in decades, with live fire exercises across the Taiwan Strait, repeated sending of warplanes across the median line and, for the first time, the launching of ballistic missiles over Taiwan and into Japan’s exclusive economic zone. These actions are irresponsible and dangerous, representing not only a reckless military escalation but also an attempt to leverage economic coercion against Taiwan and its regional partners.

It is routine and proper for parliamentarians to conduct foreign visits to foster greater cooperation between parliaments internationally. The PRC government’s aggressive military response to such legitimate actions is disproportionate and wholly unjustified.

IPAC urges democratic states to demand the PRC government immediately cease its aggressive military activity and allow for the reopening of international trade routes through the Taiwan Strait. IPAC will continue to work for the deepening of relations between parliamentarians around the world and their Taiwanese counterparts. #