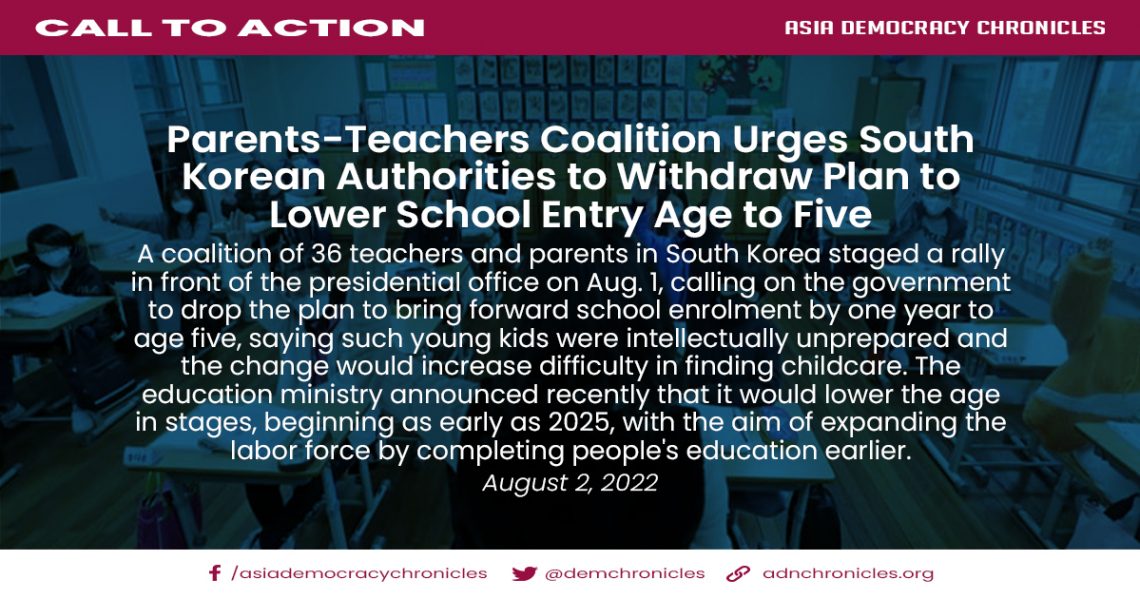 SEOUL: South Korean parents and teachers groups protested on Monday (Aug 1) against a plan to bring forward school enrolment by one year to age five, saying such young kids were intellectually unprepared and the change would increase difficulty in finding childcare.

The education ministry said last week it would lower the age in stages, beginning as early as 2025, if it gained consensus public support.

The plan was aimed at expanding the labour force by completing people’s education earlier, it said. The labour force is shrinking, because South Korea’s fertility rate is so low.

A coalition of 36 teachers and parents groups staged a rally in front of the presidential office on Monday, calling for the plan to be dropped.

Many parents have opposed it because of the difficulty of finding ways of looking after the children following the early-afternoon end of the school day.

In most families, both parents work, and childcare centres generally offer only full-day care.

Parents already face the problem, but not until children go to school at age six. #

Pelosi lands in Malaysia as China rages over Taiwan