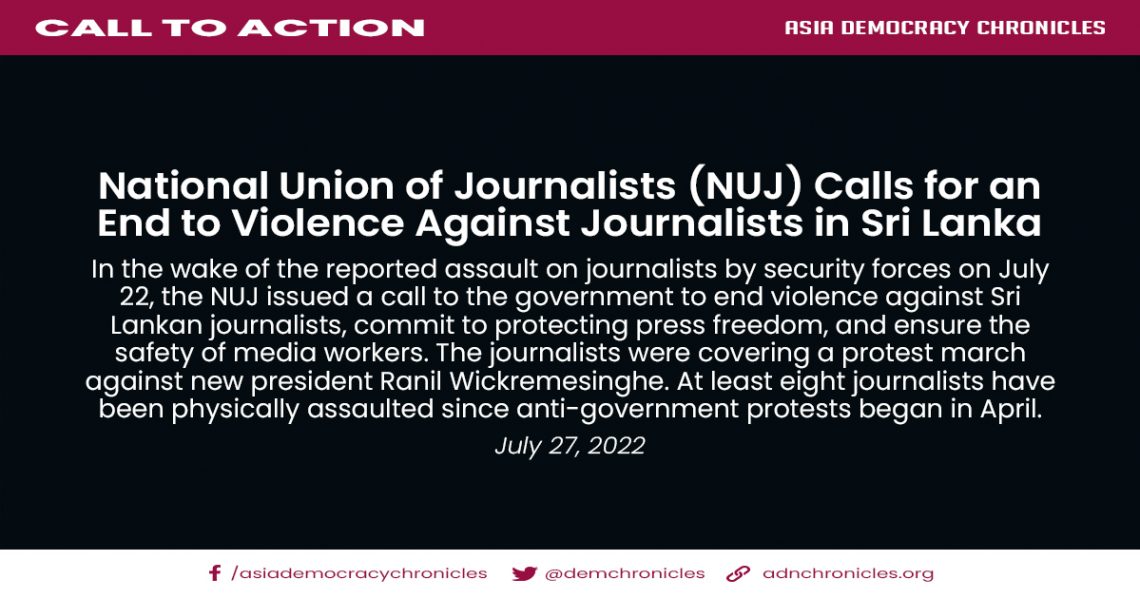 On 22 July, at least 50 people were injured with three seeking hospital treatment following assaults by riot gear officers, towards journalists reporting at a protest march against new president Ranil Wickremesinghe.

Despite clearly identifying themselves to authorities, individuals were beaten and prevented from reporting. Unions and journalist associations in the country have urged Sri Lanka’s new government to demonstrate its commitment to media freedom, recognising the action by forces as “heinous acts of violence.”

At least eight journalists have been physically assaulted since anti-government protests begun in April. These occurred against a backdrop of political and economic instability, worsening in recent months.

The NUJ is calling for an end to violence and intimidation against Sri Lankan journalists, and urges government to commit to protecting press freedom, and the safety of media workers.#

US’ Xinjiang cotton ban has far-reaching implications, even for Asian alternatives