To be young and fearless

They may not be as visible as before, but Thailand’s young protesters are far from giving up their demands for reforms.

It was a bit of a surprise when a group of youthful protesters recently resurfaced after months of silence, and proceeded to engage the police in rather violent clashes once more. Yet while the streets of Bangkok have been free for months of mass protests and frustrated youths challenging the police, it has been an open secret that youthful discontent had not gone away and that many were still pushing for change in their own way.

In fact, months before the Thalu Gaz (“Shattering the Teargas”) group of protesters decided to make a comeback, other youths had kept busy trying to have their concerns remain in the public eye. Many have taken to doing so online, with Twitter hosting most of their activities.

At least one group still took to the streets, albeit doing away with speeches and mass gatherings. Known as Thalu Wang (“Shattering the Palace”), this group of predominantly young women has, among other things, been conducting street polls on the issues they deem important. In one such poll they conducted in February, for example, the question was whether or not the lèse majesté law should be kept. In March, the poll was on whether or not one agreed to have one’s tax money be used to fund the monarchy. 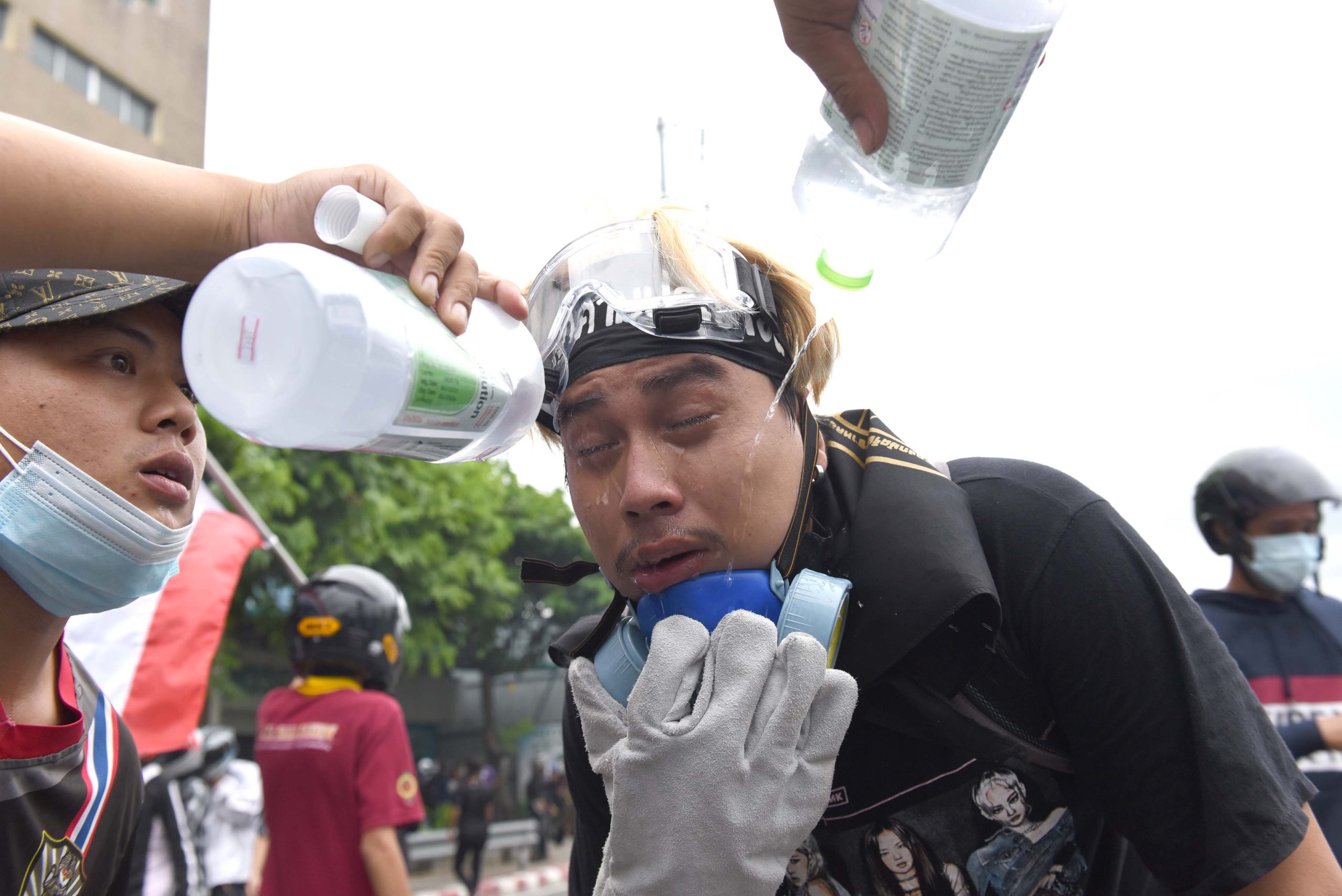 Pro-democracy rallies called for the repeal of the lèse majesté clause in Thailand’s Criminal Code. Many ended up in violent clashes with the police.

The age group to which many of these protesters belong — 15 to 24 years old — makes up just 13 percent of Thailand’s estimated 2021 population of 69.5 million.  Yet for the last three years or so they have made sure their voices are heard regarding where they think their country should be going.

To many observers, these youngsters are foolhardy, considering the institutions — the military and the monarchy — that they are up against. Indeed, even the country’s media have failed to react while the democratic space keeps on shrinking under the government of retired army chief Prayut Chan-o-cha. The main opposition Pheu Thai Party, meanwhile, has made it clear it will keep its hands off the controversial lèse majesté law.

Still, these youths have kept at their protests precisely because no one else seems to want to speak up. A 17-year-old who was helping out in yet another street poll one recent afternoon may well have been echoing other protesters when she told this journalist: “I’m prepared for the risks.”

In general, the young protesters are asking for reforms. In particular, though, the Thalu Gaz group wants the ouster of the Prayut government. Most of the other groups want, at the very least, the repeal of the lèse majesté law, which punishes whoever insults the king, queen, heir apparent, or regent to a maximum of 15 years in jail. 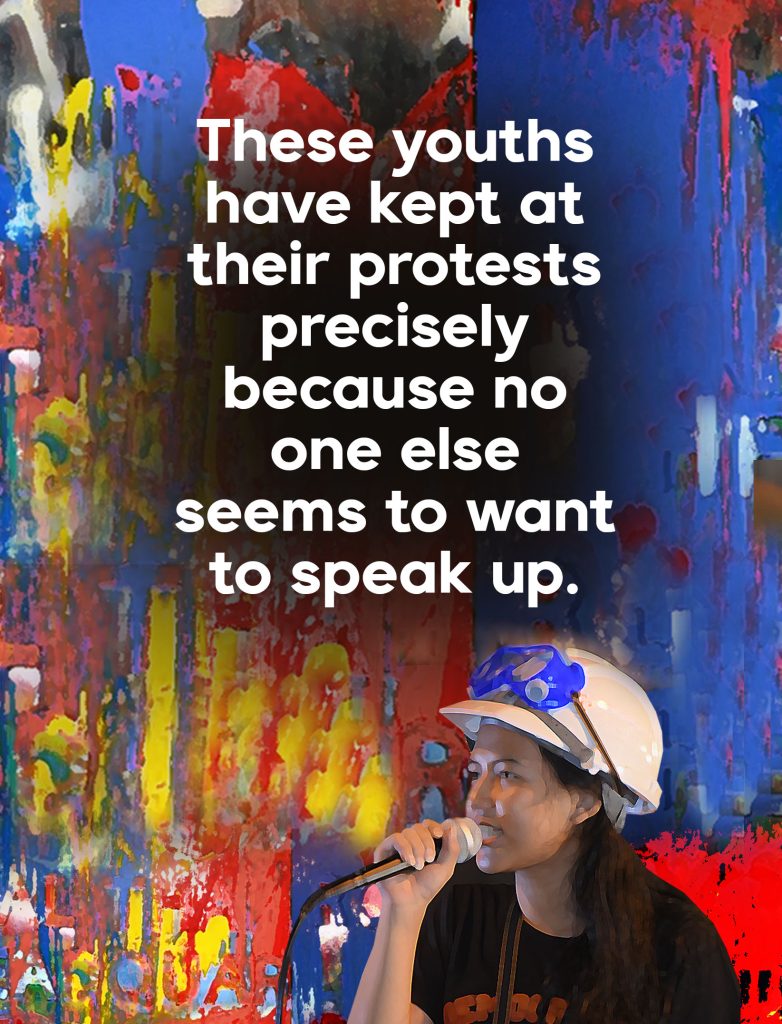 The law has been in the Thai criminal code since the 1900s. But it has been used by authorities more frequently in the last decade, and these groups are now asking why Thai society in the 21st century still needs a monarchy, particularly if it cannot be criticized, held accountable, and open to reforms. Today’s young protesters yearn for true freedoms of speech and expression and genuine equality, which they say are being denied Thais by the lèse majesté law.

The official response to their demands, however, has so far consisted of arrests, more arrests, imprisonment, conditional bail, and life in exile. Yet while some observers say the currently leaderless protest movement is hopeless, there always seems to be at least one group ready to replace one decimated by a crackdown.

For instance, after the first wave of monarchy reform protests that started in 2020 fizzled out in late 2021, a new set of protesters emerged: the Thalu Gaz group. Made up mostly of male teenagers, they had violent clashes with riot police at Bangkok’s Din Daeng Delta almost every night for months. The group went into hibernation after a string of arrests, some fatalities, and the youngsters’ inability to galvanize large public support for their violent protests, but it has recently returned to the streets.

There is a more mainstream group, Thalu Fah (“Shattering the Sky”), with monarchy reform co-leader and former lèse majesté detainee Jatupat “Pai“ Boonpattararaksa as a key member. Thalu Fah had broader support, but Pai, along with other first-generation protest co-leaders, is currently muzzled by lèse majesté bail conditions that bar them from joining a protest — much less leading one. With much of Thalu Fah politically inactive, Thalu Wang emerged early this year as the boldest among the existing monarchy reform elements.

Aside from conducting street polls, Thalu Wang members have tried to make their concerns known through performance art and art installations. The thinking seems to be that such methods would be beyond the ambit of the lèse majesté law. More often than not, however, the Thalu Wang youngsters have been proven wrong.

Apparently, authorities have taken note that while such activities do not result in mass gatherings, they nevertheless have a significant impact online through Facebook Live. Meanwhile, the Thai mainstream media have generally pretended to be unaware of these protests, probably in fear of being accused of defaming the monarchy just by reporting on, say, the polls and their results. 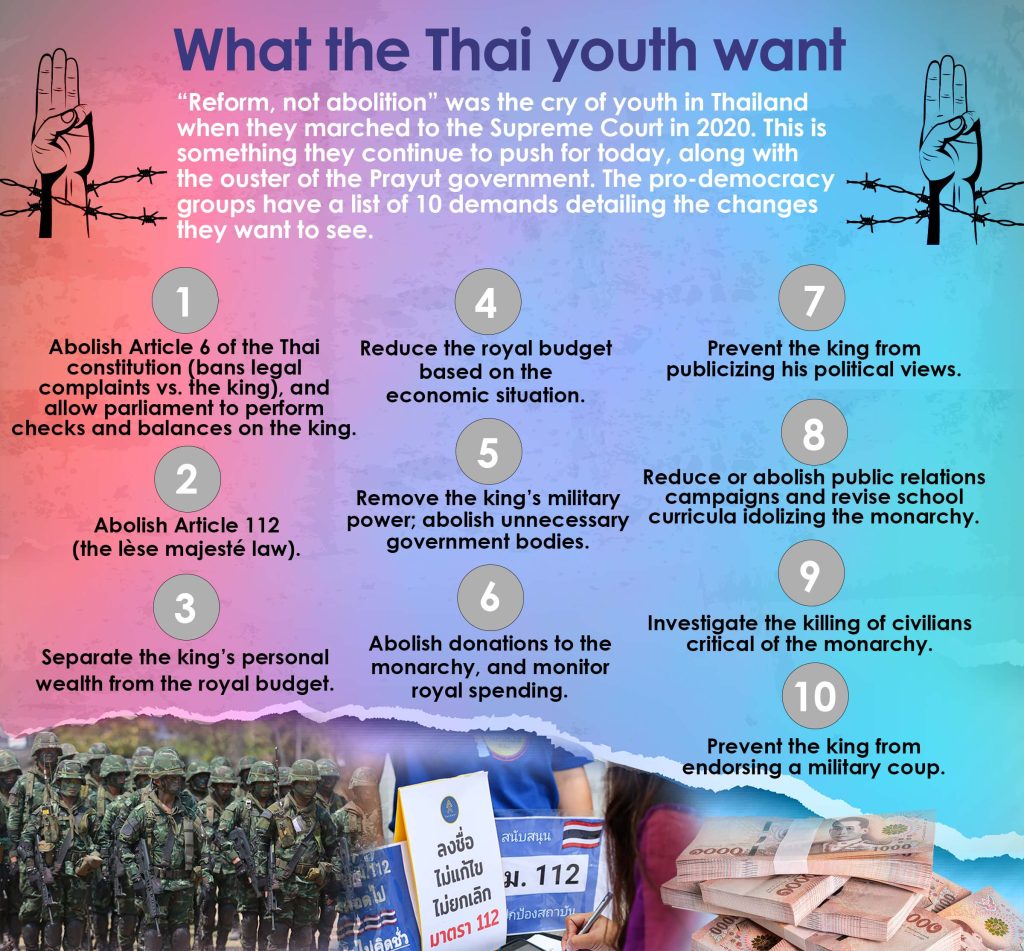 Sources: Reform Not Abolition: The Thai Youth Movement and Its Demands for Reform of the Monarchy, Is Thailand Ready for This, Constitutionalizing the Monarchy

In truth, if anything is still missing from the monarchy reform as well as anti-monarchy movements in Thailand, that would be conscientious objectors who are ready to face the consequences of their actions and willing to admit that what they are doing violates the lèse majesté law — with the caveat being that they do not recognize the law as legitimate. At present, all of the protesters insist that what they are doing publicly is within the bounds of Thai laws and that they are not violating the draconian lèse majesté law.

Supitcha “Maynu“ Chailom, who has been a political activist since she was in high school, for one, thought that their street poll on the use of taxes to fund the monarchy was harmless. After all, in countries like the United Kingdom, such a survey would not be considered illegal or shocking.

But Maynu was arrested along with two other Thalu Wang members, one of them a minor, on lèse majesté charges. All three are currently out on bail.

Earlier, three other Thalu Wang members were arrested for conducting a poll regarding traffic controls during a royal motorcade. One of them, Thantawan “Tawan“ Tuatulanon, 20, was granted bail but was rearrested for allegedly violating her bail conditions. She is now under house arrest after her health deteriorated following a hunger strike while in detention.

The two others, online English teacher Netiporn “Bung“ Sanesangkhom and university freshman Nutthanit “Bai Por“ Duangmusit, recently went on a hunger strike as well after their bail applications were turned down four times. Criminal proceedings have started against Bung, Bai Por, and Tawan.

At present, authorities still seem bent on going after youths taking to the streets — en masse or otherwise — to make their demands for reforms. But the government may be facing a more complex challenge: growing dissent online. So far anonymous and unwilling to come out in public with their grievances, some netizens appear to have already given up on reforms or compromise and are now calling for the establishment of a republic. 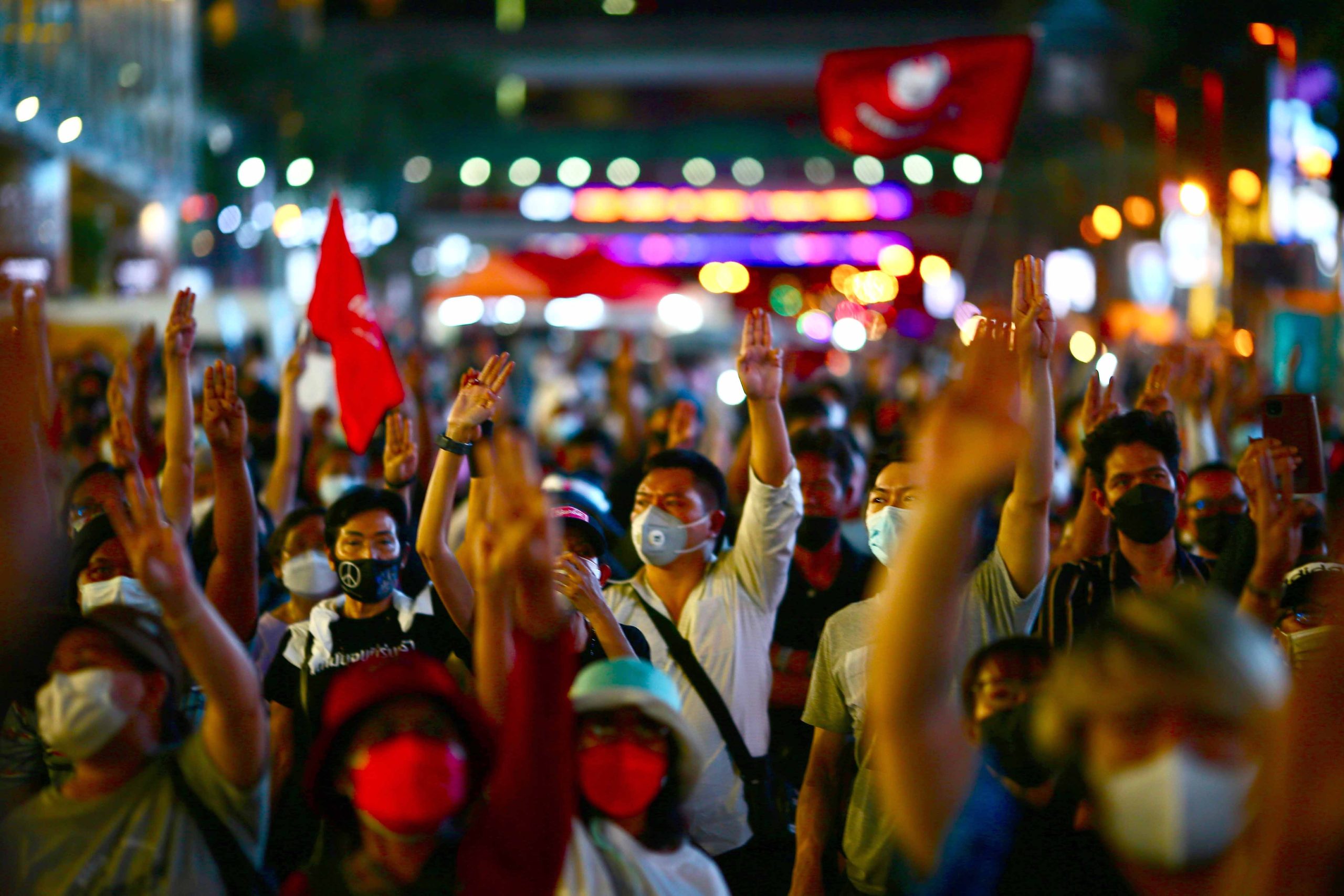 While large protests such as this no longer take place, young activists continue their campaign by conducting street polls on issues they deem important.

It is unclear what could happen should this online dissent ever spill out on the streets of Thailand. In the meantime, Bai Por and Bung say they will keep on pushing for their right to be granted bail.

In a letter released by human rights lawyer and political activist Amon Nampa recently, Bai Por — who has been unable to take her university exams because of her detention — wrote, “It’s stressful here but we’re trying to cope and help one another. As long as people outside continue to fight, we shall continue the fight from inside as well.” ●

Pravit Rojanaphruk, a longtime advocate of press freedom, is a columnist and senior staff writer at Khaosod English.

Why China has increased military flights off the coast of Taiwan?

Why China has increased military flights off the coast of Taiwan?