There have been few surprises in the city-state’s politics. The ruling People’s Action Party is making sure that this will again be the case with the country’s next prime minister.

In Singapore, political successions are rarely murky. Singapore’s political positions are chosen to ensure a smooth transition with no shock to the stock market or to investors. The leadership announces it when the time is right, sometimes without an election at all, and Singaporeans just go along with it, as they always have. State propaganda has primed the citizenry into a parent-child relationship with the ruling People’s Action Party (PAP). The PAP knows best and the citizens are willful children who just need to be steered in the right direction.

Put another way, Singapore functions like a well-oiled machine. Every single aspect of it is carefully regulated, with the fear that one hair off course would spell disaster being the overarching narrative of the city-state. 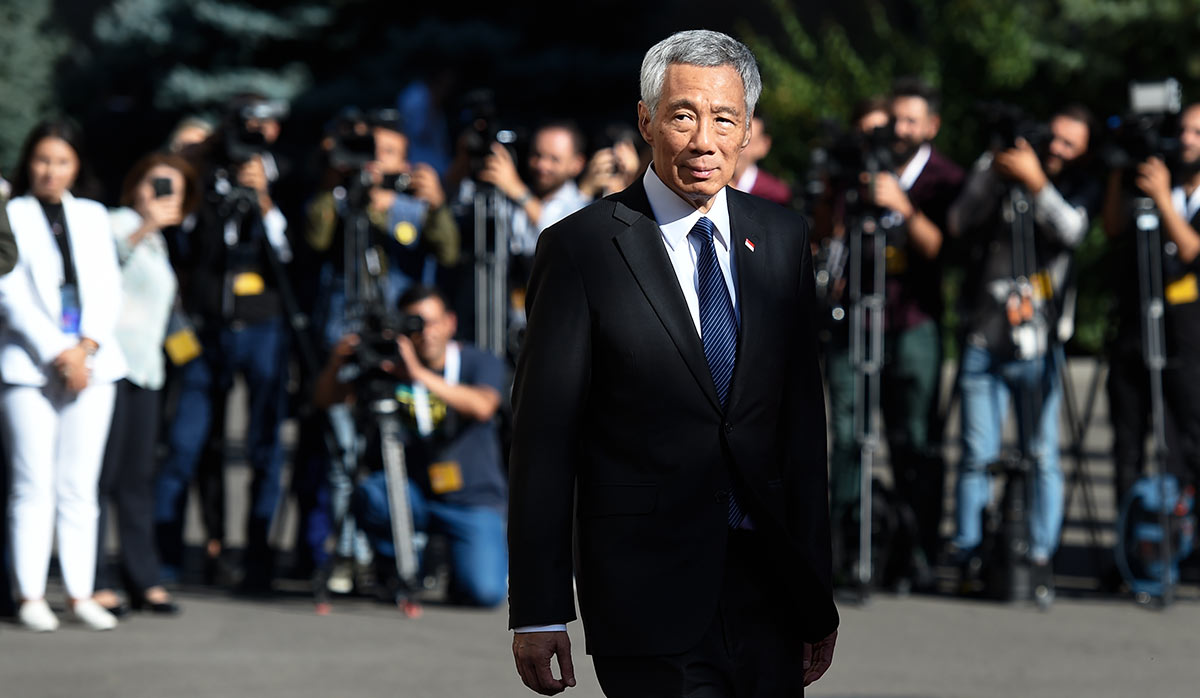 Lee Hsien Loong, Singapore’s prime minister since 2004, seems ready to retire from the post. Finance Minister Lawrence Wong is seen as his successor. However, there are speculations that Lee, like his father before him, may continue to remain in government.

Singapore’s first prime minister was Lee Kuan Yew. His eldest son, Lee Hsien Loong, is the current prime minister. Dynastic politics is common in many Southeast Asian states, though it is often whitewashed as “meritocracy.” In 1990, when Goh Chok Tong became prime minister, there was a public spat between himself and his predecessor, the elder Lee. Goh insinuated that perhaps he was not Lee’s choice — because he wasn’t a Lee.

The Lees run Singapore, and patronage by the Lees is the biggest factor in the rise of a political star. There is even talk of the current prime minister’s son, Li Hongyi, entering politics, which would mean a third Lee in power within 70 years of independence or one for every generation.

Lee Hsien Loong is now 70 years old and seems to be tired. For now, however, it isn’t his son who is poised to take over his post, but current Finance Minister Lawrence Wong. 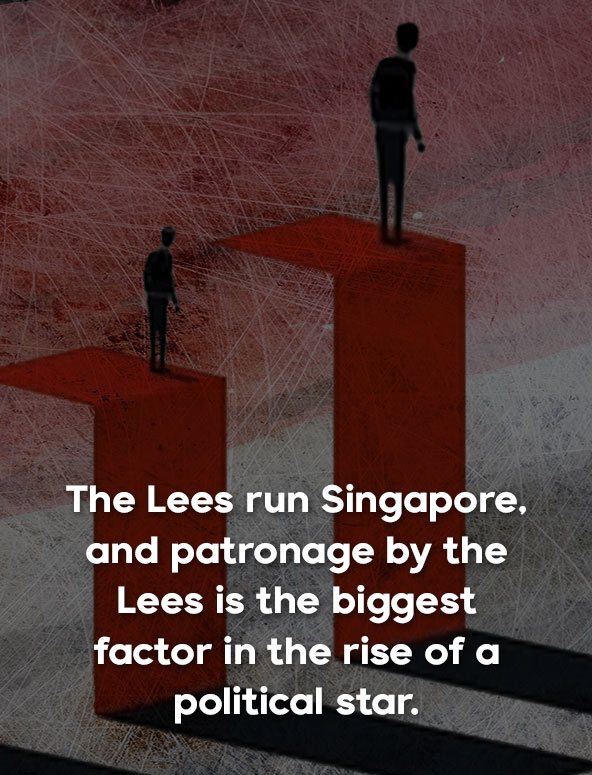 It’s not yet clear what role Lee Hsien Loong will have once Wong becomes prime minister. But he could well take the same path as his father. Even with Goh in the seat of power from 1990 to 2004, the elder Lee remained in the role of senior minister, which was created specifically to keep him in government. Lee Kuan Yew was always the backseat driver, and it is a common belief that even though he stepped aside, he never stepped down.

When Goh vacated the seat for Lee Hsien Loong, the elder Lee became minister mentor, a position which was again created to keep him around. These musical chairs of posts for the first Lee meant there was not much fear around succession when Lee — or at least a Lee — seemed to always remain in power. (The elder Lee eventually retired from government in 2011.)

Since Lee Kuan Yew’s death in 2015, however, the succession process has not been as smooth or well planned. The search for a successor has been ongoing since 2016, when six men vying for the job were discussed in the national media. They were, in fact, interchangeable: all heterosexual, ethnic Chinese men with similar qualifications and backgrounds. The new prime minister was not going to break new ground.

Lee Hsien Loong’s first choice as his successor was Heng Swee Keat. But then Heng performed badly in the 2020 general election, an ominous sign for the man then being groomed for the top job. Heng shocked everyone by stepping aside as the next in line, and Singapore spent four more years searching for its next leader.

Yet for all the public speculation, the actual selection process for a leader remains opaque, even to many Singaporeans. The public is either given a name or a number of them, from which list the eventual winner is whittled down over the next year or two. But the choice of the contenders, as well as the eventual choice of successor, remains shrouded in secrecy. The PAP’s cadre does the choosing, and the people are required to accept their choice.

This is somewhat similar to the Westminster system in most British post-colonial states. In the United Kingdom, for example, it is the Tories or Labour Party that comes to power, and then leaders are chosen (or unchosen sometimes) from within the party. These processes, though, tend to be fairly transparent.

In contrast, the reasons for the choice of a potential contender for prime minister are unclear in Singapore. For Goh, he was the former defense minister but was also clearly considered a seat-warmer for the true heir, Lee Hsien Loong. Lawrence Wong, the man currently slated to be the next prime minister, has held many portfolios, including education and national development. But his most influential role appears to have been as principal private secretary for the second Lee.

It seems that closeness to the Lees is the deciding factor in political futures, a point that Australian scholar Michael Barr makes in his book, The Ruling Elite of Singapore: Networks of Power and Influence. According to Barr, “the reality is that (Singapore is) rule(d) by a family-based clique of confidantes and relatives,” in direct contrast to the rhetoric of “best man for the job” that surrounds elite candidate selection in Singapore’s civil service. 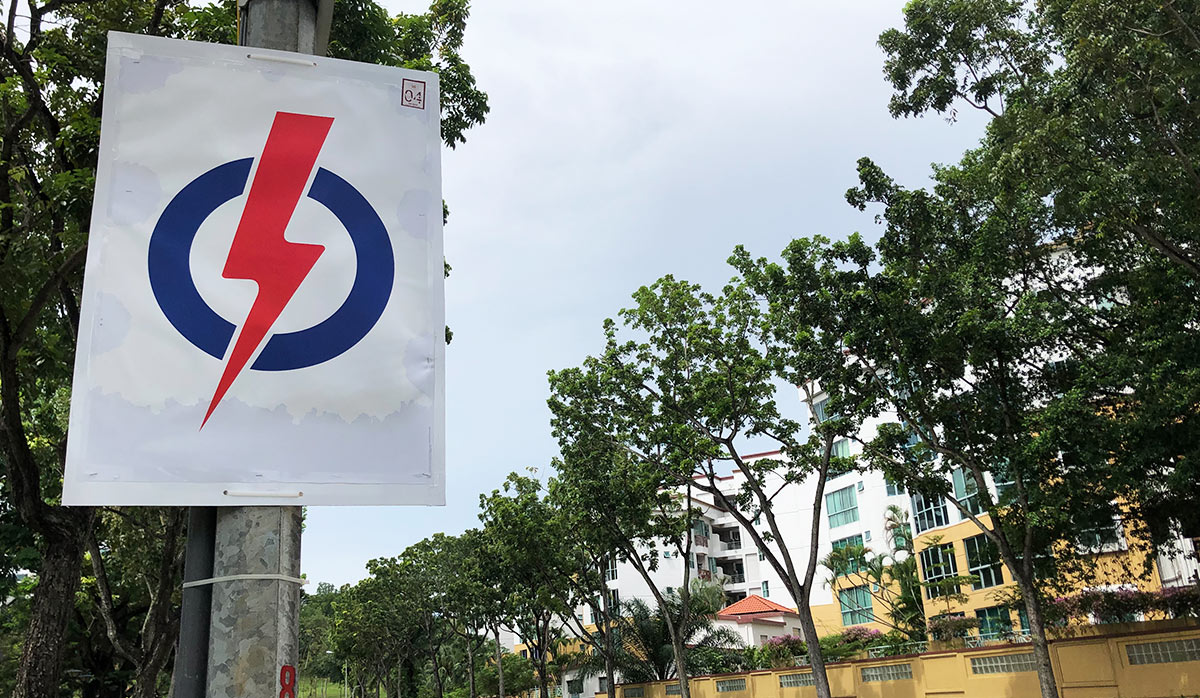 The succession process of the ruling People’s Action Party is guided by the party’s concepts of who the elite should be: mostly male, ethnic Chinese, wealthy, with overseas education, and probably from the armed forces.

In truth, the PAP’s cadre system and the voting process for the central executive committee, from which successors are eventually drawn, is such a closed setup that Singaporean scholar Pang Cheng Liang describes it as akin to cardinals appointing a pope. This system protects like-minded candidates who go on to become part of the inner circle, and its centrifugal force is the Lee family. The cadre system ensures that those who want to stay in power toe the line and never disagree or criticize the accepted state of affairs. This means that people with divergent viewpoints, useful as they may be, will never be close enough to power to actually change the way the PAP runs. The system ensures that the same type of Chinese male remains in power, and the same kind of people take over the same posts. 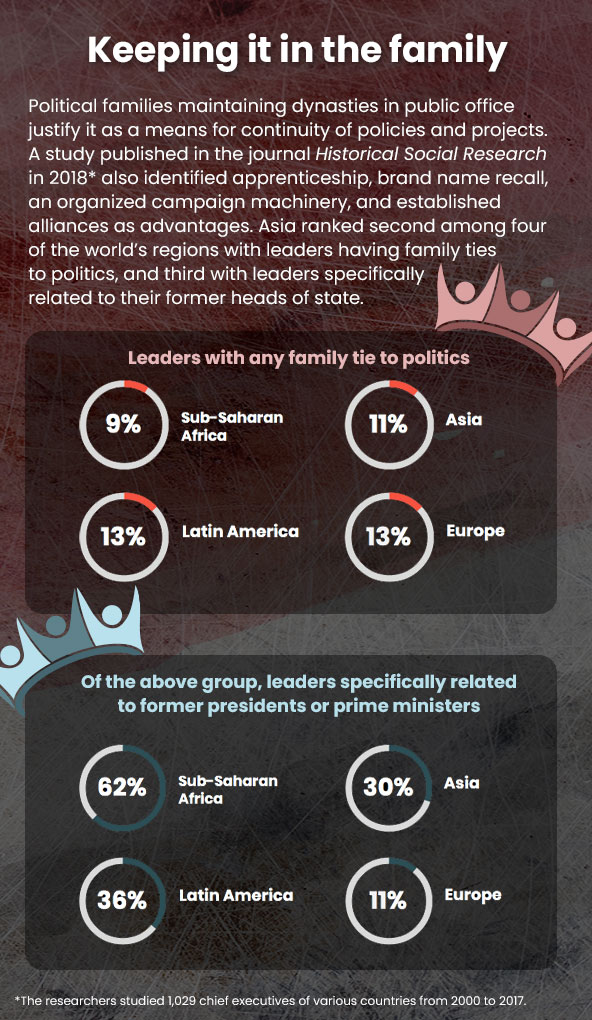 The elite in PAP’s eye

The PAP’s succession process is emblematic of two things and is a microcosm of how it runs the country as well. It is elitist, and dependent on the PAP’s concepts of who the elite should be: mostly male, ethnic Chinese, wealthy, with overseas education, and probably from the armed forces.

In this way, the succession process tells us much about democratic processes in the country as well. Elite recruitment and candidate selection in Singapore is designed to produce the same type of bureaucrat-scholar from the same ranks of people, namely rich, Chinese families, preferably with some sort of connection to the Lees. In many ways, this system is a direct descendant of the “scholar-official” in ancient China, a country that the Lees worked very hard to keep close and whose government they have emulated, and have been emulated by, albeit wrongly, in return.

There are few racial minorities in the Singapore government and few women. The government made much ado over the selection of then Parliament Speaker Halima Yacob as the country’s first female president in 2017, but the position is largely ceremonial. It is also telling that Yacob gained the post through a “walkover election,” which transpired after authorities declared the two other contenders ineligible for the position.

The PAP’s process of candidate selection reinforces Lee Kuan Yew’s ideologies, which have been revealed as racist, sexist, and classist. Lee apparently believed that Chinese people were superior to minorities, that women should stay home, and that poorly educated people should not have children as they will produce stupid kids. These ideas are the foundational axioms of the PAP.

These same ideologies are repeated with each new generational pick. It is why each new leader is picked by the cadres, and not by the people, and why these men are clones of each other. The system produced these men to replicate itself, and as long as the PAP is invested in keeping itself in power, the system and those it creates will offer nothing new.

U.S. political scientist Samuel Huntington once remarked that “the institutional strength of a party is measured in its first instance by its ability to survive its founder or charismatic leader who brings it to power.” It remains to be seen if the PAP, and by extension Singapore, will be able to do so.

After all, what is there to get excited about when it’s the same old thing? ●

Sangeetha Thanapal is a Singaporean social critic and activist who is based in Australia.

Chicken prices will not be floated: Malaysian PM