Being trans can mean trouble in Sri Lankan workplaces

Shunned at work because of their gender identity, and with no clear laws they can invoke to defend themselves, members of Sri Lanka’s transgender community are left at the mercy of their employers.

The pandemic may be to blame for many people unable to find employment nowadays, but for members of Sri Lanka’s transgender community, securing work has always been difficult, even during better times.

Those who are lucky enough to land a job are also often subjected to harassment and abuse, and all too often end up unable to remain employed.

A study on the Lesbian, Gay, Bisexual, Transgender, Intersex, and Questioning/Queer (LGBTQ) communities in Sri Lanka by Equal Grounds, an organization working on the LGBTQ rights, estimates that there are about 14,500 individuals aged between 18 and 65 identifying as transgender in the country. A gender minority among Sri Lanka’s 21.8 million population, transgender individuals are often misunderstood, if not discriminated against, by society at large, with such attitudes surfacing even at the workplace.

“My co-workers thought transwomen were always seeking sex,” says Sarala, who like the other trans individuals in this story prefers to use an alias for security reasons.

Sarala started going through her transition process while working at a garment factory. After she notified the line managers and the human resources department of her transition, things began spiraling downward for her at work, with a string of dehumanizing emotional and physical harassment incidents, despite her employer’s diversity and inclusion policies.

A pornographic video featuring a woman resembling Sarala, for instance, was circulated among her co-workers, who insisted it was she. Soon, male employees began to approach her to demand “services,” similar to those done by the woman in the video.

“It was traumatizing,” Sarala says. “I was not the woman in the video, but most people at work believed that it was me. It was terrible to bear, I even lost my appetite during that time.” 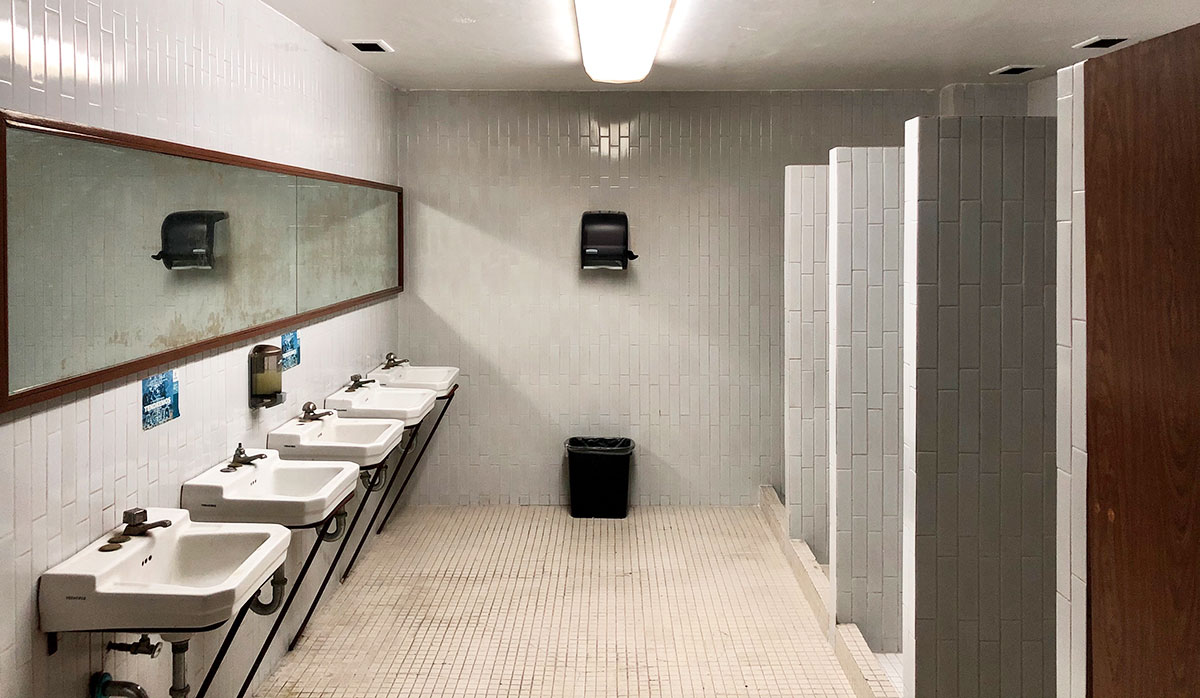 In many countries, the workplace bathroom has become one of the battlegrounds transgenders have to contend with. Sri Lanka is no exception. Transgenders often find themselves humiliated, harassed, bullied, and even maimed that some avoid using the facilities altogether while at work.

The incident led to an inquiry by the human resources department, but this did not yield any real results. And while the management knew that Sarala was not the performer in the video, it failed to stop her co-workers from continuing to point fingers at her, and spurning her. Says Sarala of the incident: “It shattered my reputation.”

To make matters worse, throughout her transition, she had to use a male washroom, where she was subjected to experiences that were deeply distressing. Men using the washroom would sometimes show her their appendage, and also use derogatory words about her. Sarala — who has since moved to another factory, where her transition history is unknown — says as well that she was ostracized, with employees throwing a certain look at her direction, or blatantly taking a step away to avoid her.

Many other trans individuals have similar workplace experiences, says Reyaan Nadesarajah, a transgender rights activist. As a result, he says, there are some among the trans community who choose not to go through the complete transition, for fear of losing their livelihood.

According to Nadesarajah, transwomen in Sri Lanka go through greater harassment at workplaces during the transition period because they are unwilling to do “masculine” type of work once the transition process begins. He says that they struggle with the situations and jobs to comfortably express themselves.

The activist adds that transmen face comparatively lesser degrees of harassment while in the transition phase, since the country’s patriarchal society appreciates masculine work, women “playing” male roles, and even tomboys.

But “lesser degree” is relative. Amila, for example, found himself in a very uncomfortable spot after his manager found out that his gender at birth had been different.

Everything had worked well at first for Amila, who was a data-entry officer at a multinational company. But then his birth certificate was shared with his manager so that he could be registered for employee benefits.

“When I returned to work next, the people who laughed and spoke with me earlier started giving me the cold shoulder,” Amila recalls. 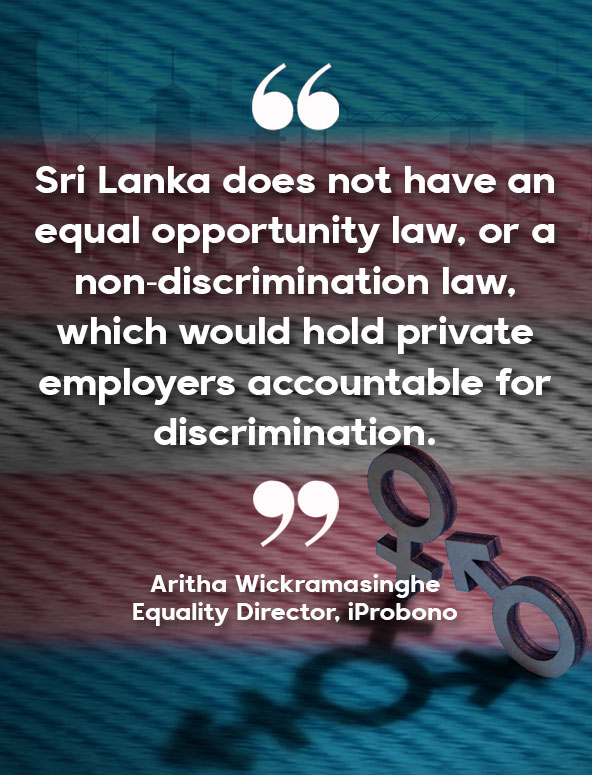 Sometime after his manager was handed his birth certificate, a document Amila had worked on was tagged as having incorrect data. According to Amila, all entries were correct before he submitted the document. He asserts, “It was a set-up. The changes could only have been done by someone to sabotage my work after I uploaded the report to the secured server.”

Amila says that his supervisor was also surprised when the manager informed them of the errors, since the supervisor had signed off on the document before it was uploaded.

Together with his supervisor, Amila then logged onto the server in an attempt to investigate how the changes were made. “It was made by someone in Bangladesh, and only my manager could have shared my password,” he says. “Because this was confidential work, not even the supervisor had my password.”

Amila decided to leave his job soon after. “I realized that things would only get worse for me,” he says, adding that he had no understanding or backing to take any legal action at that point.

What many trans individuals are unaware of is that workplace incidents such as those experienced by Amila and Sarala are in violation of their fundamental rights. Then again, even those who are aware of such remain reluctant to pursue justice. Trans individuals, after all, are stigmatized in the conservative Sri Lankan society, with many shunned by their own families. There are also many societal barriers, some far too high for a single trans individual to jump.

“For the last 41 years that this constitution has ruled, no one has sought this kind of recourse,” says Aritha Wickramasinghe, referring to legal remedies to trans individuals’ workplace problems.

The Equality Director of iProbono, an organization providing access to justice through free bono legal services, Wickramasinghe also says that while legal remedies appear to exist, they are unavailable for practical purposes.

Sri Lanka does not have an equal opportunity law, or a non-discrimination law, which would hold private employers accountable for discrimination, says Wickramasinghe. Instead, the best available legal instrument is the constitutional guarantee of fundamental rights. These rights, however, can be enforced only against the state, and not against private companies.

Wickramasinghe points out as well that while a Supreme Court ruling declares that a violation of fundamental rights by another private person should allow an individual to seek recourse in the District Court, there appears to be no clarity in this process. This may be why employers do not find it hard to force out trans individuals or do nothing when other employees bully them.

Terminating a transgender person under Sri Lankan law is in reality a very cumbersome and difficult process, as a company does not have the legal power to fire anyone based on the employee’s gender identity, says Wickramasinghe. Should a permanently employed trans person be dismissed because of his or her gender identity, he says, one recourse is to go to the labor tribunal to seek compensation or reinstatement. 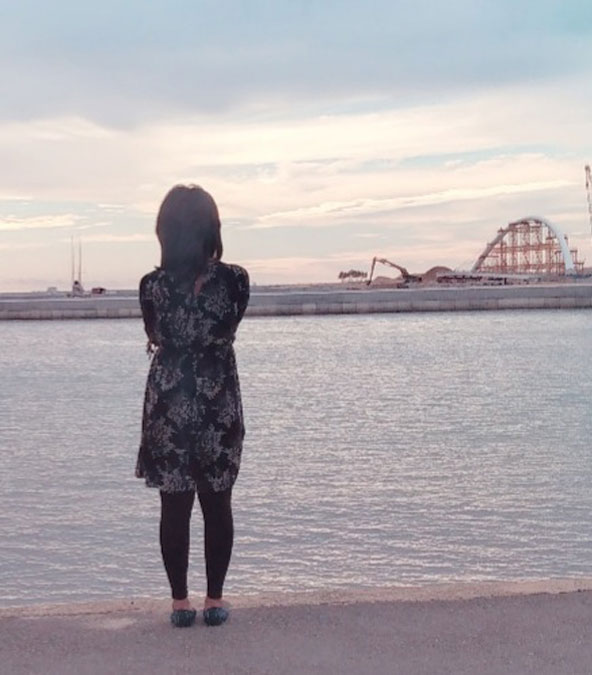 Fathima transitioned while she had a desk job in a steel factory. She experienced so much discrimination, and was eventually asked to resign only because her company knew it would have been illegal to fire her. (Photo by Dimuthu Attanayake)

Fathima’s employer probably knew this, which is why she was asked to resign instead. She was also made to write and sign a letter saying that she was leaving of her own free will due to her gender transition. Fortunately for her, an officer from the Board of Investment zone where the factory was located intervened. She was then offered two months’ worth of salary as compensation.

Fathima had held a desk job at a steel factory when she was transitioning. It was a male-dominated workplace, but much like Sarala, she was not assigned a separate washroom. Instead, she was forced to continue using the male washroom, where she was subjected to bullying and harassment by her male co-workers. When she worked the night shifts, her male colleagues would also come to her desk and “bother” her, she recounts.

“The management did not understand that I was no longer a man, that I am a woman, and I needed protection at my workplace,” she says. She gradually learned not to use the washroom at all during her 12-hour shifts, a feat she achieved by refraining from drinking water while at work.

When her employer decided to request that she resign, her gender transition was cited as the reason. Fathima recalls, “They told me that now that I am a girl, I can no longer continue to work, because of the washroom issue, and because of the challenges in working the night shift.”

Both Fathima and Amila are now working for transgender networks in the country, fighting for the rights of their community, and helping others facing similar ordeals. Many individuals from the transgender community are dependent on these networks as safe, acceptable places of employment.

For sure there are outliers in Sri Lanka’s trans community, such as Bhoomi Harendran, a prominent activist who hosts a talk show and was appointed as a subcommittee member of the country’s human rights commission. But the tales of most Sri Lankan trans individuals are bleaker, especially if they have underprivileged backgrounds.

Nadesarajah says that there is even a high likelihood of trans individuals being school dropouts due to internal gender dysphoria (a condition of dislike for one’s birth sex and the physical body since it clashes with one’s preferred gender identity), which is triggered by the hormonal fluctuations during the teenage years.

“Establishing their rightful gender becomes the main purpose of their life,” Nadesarajah notes. This, combined with bullying by peers and school teachers, result in school dropouts, making it more difficult for trans individuals to find skilled employment in their adult life.

“While transmen turn to labor work, transwomen sometimes turn to sex work to support themselves financially,” says Nadesarajan. “Transwomen long to be accepted in their new gender, and in this work some of them find the acceptance they seek.” ●

Dimuthu Attanayake is a journalist from Colombo, Sri Lanka, who has reported extensively on wildlife and social issues. She was one of the top 12 international young journalists shortlisted for the Thomson Foundation’s Young Journalist Award 2018.

Omicron shuts borders across the globe